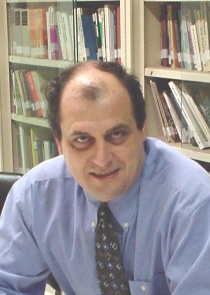 Marc van Overmeire was born in Antwerp in 1952. He graduated from the VUB (Vrije Universiteit Brussel) as Electromechanical Engineer in 1976. From 1977 up to 1983, he was researcher for the NFWO (National Science Foundation). After obtaining his PhD in 1983 at the same university, he joined the Research and Development Center of Ford (Lommel (B), Merkenich (D) and Dunton (GB)), where he worked primarily on the development of fatigue life estimation of components. In 1985 he became vibration specialist at Vinçotte, an inspectorate located in Brussels, Belgium. Afterwards at Vinçotte, he occupied the positions of responsible Reliability and Risk Analysis and EDP Manager. He again went back to the VUB in 1990, where he became Head of the Department of Mechanical Engineering. In 2001 he became Full Professor . In January 2001, he again joined AIB-Vincotte to become General Manager of AIB-Vinçotte International. Nowadays he is General Manager of Vinçotte International and Manager of Tecomas. His responsibilities are strategic planning and new products. He is part-time Full Professor at the VUB. His research interests are modal analysis, vibro-acoustics and reliability analysis.